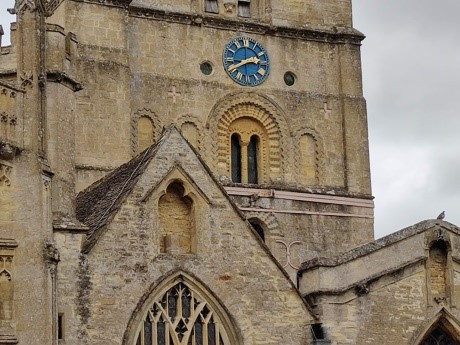 Our central view as set out by Ciaran Mulhall last week, in rather more detail, is of a strategically positive outlook, based on a steady economic recovery underpinned by advances in healthcare. With a dynamic expectation of US and dollar weakness, as the US hits elections and faces arguably overpriced tech holdings. Tactically we would then also exploit the larger market dips, to deploy more cash, as volatility stays elevated.

What Do Markets Really Think?
At least that’s the theory; equity markets are always both a discounting mechanism of future events and cashflows and also the sum of all the participants’ active market views. Volatility is telling us that while the average market position must exist, the dispersion of values is pretty large. So, prices are reflecting a right old mish mash of underlying opinions.

There are clearly also major distortions as well, from state actions both direct (buying securities) and indirect (the rising number of shares with state imposed, ex-post restrictions on profit distribution) or other less obviously direct interference (state aid propping up inefficient loss making national airlines) and indeed the ongoing capriciousness of lock down rules. Plus, a lot of guesswork on how, and if, governments intend to pay for this all.

So the best we can do is guess at the median position, but aware that has a dose of extreme optimism in it (certain vaccine candidates and tech stories) and extreme pessimism (almost anything to do with banks) or indeed related to big ticket assets, from now retired jumbo jets, to Central London offices.

There is a lot of second guessing about where new legislation is going to strike, or indeed to create opportunities. While Huawei is certainly hurting, along with many of its customers, now suddenly saddled with modern, efficient, infrastructure that is nevertheless instantly obsolete, Ericsson by contrast benefits from unexpected new demand and pricing power. The risk of such legislative volatility seems unusually elevated for the next twelve months, as the fiscal implications of elections are worked through and the world’s conflict with China heats up still further. China feels rather like a bush fire now, new blazes will just keep breaking out, till the weather changes.

Indeed geopolitics, although by definition hard to predict, has considerable scope for surprises as the heat of summer starts to fade and the attraction of establishing "facts on the ground” while the US undertakes a messy transition in its command structure, may still tempt eager generals and their masters, over the rest of the year.

Does The Bond Equity Mix Still Work?
Another problem is that this particular hybrid market has elevated prices for both US tech but also for ultra-defensive holdings like gold and fixed interest, so models (some of our own included) based on a balance of the two contrasting asset classes, are struggling to see how any fall in equity prices can be fully compensated for by any further rises in the value of defensive holdings. Although history suggests there are so few options, this relationship should continue to hold, it looks rather extreme just now.

As we have also noted given the absence of yield and despite the punishment for holding cash meted out by many banks, that does mean simply holding cash, may not be a terrible idea in the short term.

Will Anyone Ever Pick Up The Tab?
The other possible explanation for a relaxed market, is a slowly spreading belief that it does not matter if debt levels stay elevated for a long time. Providing governments can continue to manipulate yields, such debt is apparently ‘affordable’.

There is a sense that either state by state or collectively governments can also resist demands for repayment, and that they can somehow control outflows from weak currencies and provide strong enough incentives in favour of supportive domestic investing. The so-called Japanese model, pliant household savings, supporting ever greater deficits.

Indeed, much of such covert national protectionism, as far as liquid assets are concerned, has been slipped through already, through withholding tax or money laundering legislation targeting the free flow of capital (although of course never admitting that is the underlying aim).

Where then do we stand on this theory of almost unlimited deficit spending? Well as ever with markets what will happen, is rather less important than when it will happen. We are fairly sure about the what, namely at some point it must fail.

Indeed, we would argue that point is possibly already passed. Market prices are neither allocating capital fairly nor efficiently, as the failure of sustainable growth across much of the OECD shows. COVID-19 is just accelerating that process by rendering substantial existing investments worthless and unproductive.

But how about when? Well although it is always later than you think, such a correction apparently still remains comfortably distant. The trigger is not apparent to us and for most of this century we have seen received wisdom on markers for maximum sustainable debt levels, just rush past the window, at an ever-accelerating pace. Indeed, such arbitrary debt ceilings are starting to look less like sound economics, more like tools for political repression.

But the system remains a mish mash, a work in progress, in transition. While investors in owning the market, are almost forced to invest in both sides of the argument.

Just as the tower of Burford Church, at the heading of our piece, still remains remarkably sturdy, but itself is a mish mash of architecture through many centuries, and of course with the ruins of both innovation that failed and ancient foundations that were plundered, all now decorously removed by time.
< back