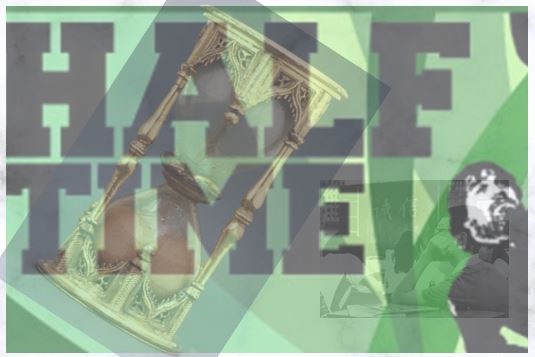 We have staggered, crawled, festered and fretted our way to the half year mark. So a time to reflect a bit on that, draw breath, even book a holiday and consider where this goes next, both as a business and as a market, and although not our remit here, no doubt, as individuals too.

As We Were
We will start with the parochial. We have long wanted to have more and indeed improved products to manage. The world of investing is an endless challenge, as however well you do, each quarter is a new one. The products people want today are seldom the ones wanted yesterday or indeed tomorrow, but underlying that you are, in the end, trying to produce a long-term product, some weird hare/tortoise hybrid that also looks attractive and is indeed plausible.

Investors entered the year keen to saddle a post Brexit hare, only to suddenly want to reverse course, dismount, hide and then ride a defensive armadillo instead, while still going forward at full tilt; all on a dime. Fairly clearly this was an impossibility. Our own evolution was a little slower, we brought on board a pure momentum model, which has the twin benefits of eliminating fallible judgements and providing enhanced transparency. Although at the same time our existing RJMG Global Total Return Fund found some favourable weather, making money in March when few others did so and indeed in June, another choppy month.

But that for us was a departure point with the RJMG fund; we took the decision to place it all into cash, so that investors could move over to form a larger, still actively managed, fund, in the same space, with a rather more modern structure and lower costs. We hope to announce that transaction and our own ongoing involvement shortly.

We also decided our alphabet jumble of a name, while historically valid, had served its purpose. From now on we will sail under the Monogram flag. Encouragingly the Monogram model has also made money through these crazy markets. So, we have two products, with similar aims but very different approaches, giving investors a choice, a mix and match option even, depending on their own market view.

Smashing The Compass - Tesla and Gold
Having trained as an economist, then worked (and invested) all my life with the policy certainties it claimed to produce, I am now in the hapless position of not understanding how it will all operate next. I regard myself as in good company, as in a week when Tesla hit a market capitalisation of well north of US 200 billion and gold (simultaneously) dug in for an assault on $1,750 per ounce and who knows where beyond that, something is clearly out of kilter and there is little market consensus. 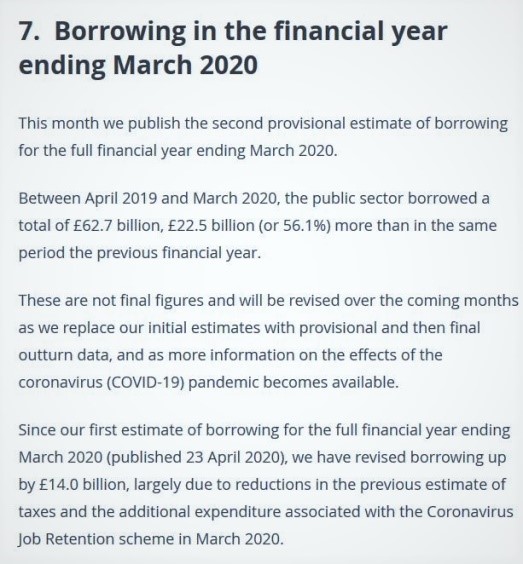 Add in government debt well above anything I have ever experienced, an apparently unstoppable expansion of ‘welfare’ spend and unemployment (real or disguised by being wrapped in loose furloughs) at a peak. I believe Tesla is incapable of surviving without fresh capital (we used to have a word for that type of stock), and I know gold is useless except possibly for avoiding the pilfering of governments. So, I can explain neither price excess, would wish on fundamentals to own neither, but of course in the world we live in, I have stakes in both, so intertwined are modern financial  products.

What then do I observe? Well for one thing a lot of prices are wrong. We are confidently told that inflation is not a threat (providing you are not measuring hot stocks or shiny metal) but I see plenty of evidence that it is. A lot of prices are rising, from services, through insurance, to basic consumer products.

Now that at least I do understand, the cost of providing everything has risen and must rise further.

The capacity of a coffee shop, for example, has at least halved, and you can see some units won’t now re-open just to trade at a loss. Some will try to strong-arm governments into extended tax holidays and subsidies and with perhaps more immediate success, invite landlords to repossess property stock if they want. But unless other inputs (staff costs are inflexible downwards) and processed food (generally at rock bottom already) can materially shift, something must give, if your capacity halves.

I rather doubt the utility of governments pouring grants and easy money into insolvent businesses, just to stop them evolving a viable business model. While I can at least assure those, who seem happy to take government favours and trade on at a permanent debt fuelled loss, that they are making themselves a hard new taskmaster, often for no purpose.

So, assuming governments can’t support this world for ever (they can’t), prices must then go up. Or in the old Soviet model, services must go down. Those who fly with certain endlessly bailed out airlines will know the experience of buying services from such zombies. High prices and lousy services follow, as the subsidised ruins squeeze out the better competition and protect their old monopolies with seemingly unlimited state aid.

So, I am expecting price rises, from one source or another. Although as ever international trade, which allows the direct import of cheap labour output, will focus inflation onto services and limited supply assets (time for an all gold Tesla?).

There are a ton of other issues apart from inflation but knowing whether you expect prices to rise or fall is pretty fundamental in economics. So, try to pin that down, you will invest very differently from if you expect deflation. Of course, low demand and fixed supply, should indeed be deflationary, and if the money supply was normal, would have to be.

But I am not seeing that price lowering effect, and now doubt if we will this year.

Tear Up The Map?
However, to my mind there is little evidence that governments can repeat the "success” of the 2008 crisis. At least for those smug regulators and politicians who still observe it as such, although I tend to feel if that was a success, what does failure look like?

I do see the democracies as being in a real bind in this world.

It is hard enough to navigate economic policies that seem to be a weird mix of applying full throttle and maximum braking all at once; if at the same time control of the steering wheel changes on a whim, disaster surely beckons.

So the summer should be, for both markets and individuals (and one wishes governments) a time to get to grips with this, to target far better the largesse spewing from an uncontrolled spigot, and work out which management teams have either the competence, or good fortune to be able to thrive in this.

So far, I see a great deal of "let’s just keep going” evident in both markets and board rooms. But increasingly we are going to (as I did this week) pick up the annual accounts of major companies and ask how on earth I thought I could ever own such a shambolic strategic mess.

Markets are already thinning out, so perhaps it will all drift sideways till the start of Q4. After the first half there is no need for the traditional summer high jinks in markets, to increase volatility, quite the opposite.

But that maybe is just delayed not cancelled, unlike many more pleasurable events, in 2020.
< back