Have the Bears Escaped? 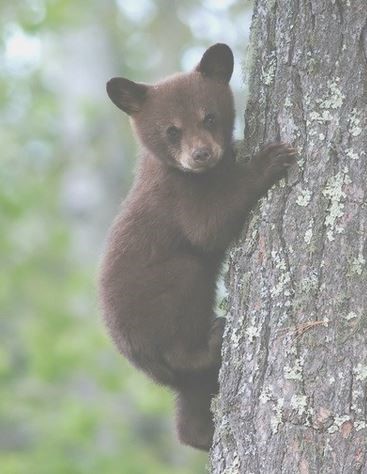 "It appears that we have had a change of tone in the market – risk free assets (sovereign debt) has had an aggressive bid all week, with the US 10 Year yield as a result falling nearly 20 basis points (a lot when it is so low already). This move lower reverses nearly all the shift to higher yields we had seen over the preceding couple of weeks.

This was a move bookended by what initially looked like a better than expected United States May Employment report earlier in the month. While bond yields have been falling – risk assets are as usual moving in the other direction – with global equity markets having their worst week since mid-March.

Any More Surprises?
While the macro economic data has begun to improve as against expectations (see chart of economic surprises below, which shows the US and UK were never as badly shaken as Europe, and with the US now in apparently good shape) – market participants are worrying about the danger of a return of Covid 19 – particularly in the United States where a number of states including Arizona, Texas and Florida have seen a sharp spike in hospitalisations over the last week. 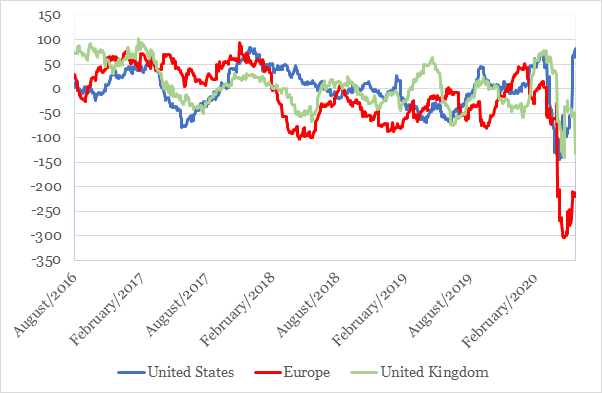 A Persistent Foe
The US disease progression contrasts with Europe – where the 5-day moving average of confirmed cases remains very subdued and materially below where it is currently in the United States. (see chart below) 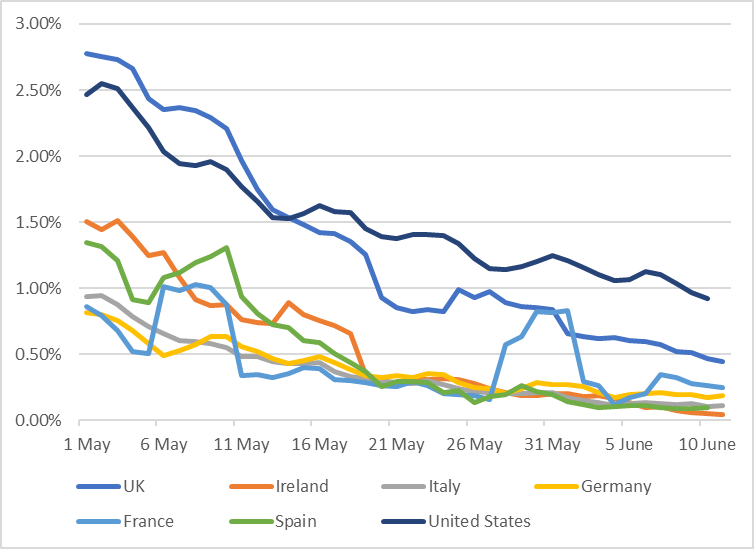 All News is Local
When looking at the United States readers will note that at the national level matters continue to steadily improve. However, one of the thorny issues is that while national statistics matter, State and local trends do, too. After all, lockdown decisions are made at the State and local level based on prevailing conditions; sure, there are federal guidelines, but the chance of them being followed (to date anyway) is about as likely as you seeing Donald Trump wearing a face mask

There are other ways to map the data to see underlying trends (at the State level). One is seeing how many States are still seeing an acceleration in cases. If we look at the number of States showing a rising case rates in percentage terms, we find that the one-week average peaked on March 22 -- the day before the stock market bottomed. (see chart below) 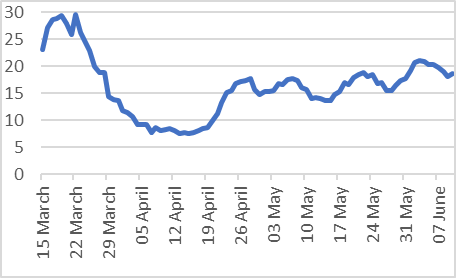 After a deep dip, the number of States showing rising infections has been picking up since the second half of April; so, trading on that apparently negative information, would have been a very bad idea. However there is an argument to be made that once Federal Reserve Chairman Powell refocused the market (at his Wednesday evening press conference) back onto the macro economic data and its correlation to the progress of Covid 19 – this chart became a lot more relevant to market participants.

So, was last week a big trend reversal in equity markets or simply another batch of noise? It is too early to say for sure but speaking to a number of different market contacts this week – it certainly seems that some of the bigger boys, who bought in early April, were indeed taking profits this week.
Time will tell – but we are happy to remain hedged as we see how the rest of June plays out.
< back