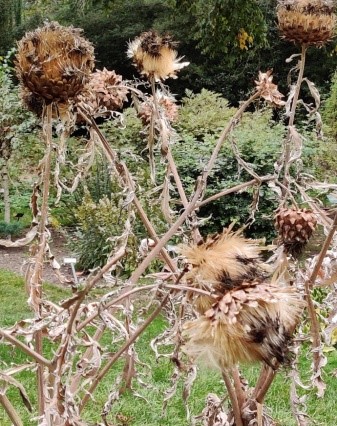 Last Week
To describe investors as smug this weekend, would barely cut it. It seems only the amateurs ran screaming from the theatre with their pants on fire in March. The professionals just got to work. So now most portfolios are sitting back about where they were last December, except with far more of the stocks you want, acquired at bargain prices. Even the utter dogs, that were so cheap you dare not sell them, have rocketed back up. While the chance to harvest gains and re-enter at nice prices, within tax shelters has been superb. It is the nuts and bolts work of portfolios, but essential.

So rather than opine much on a frankly crazy market, (beyond saying the shift into the "pack ‘em in” stocks that require extreme personal proximity, is entirely a vaccine trade) and certainly resisting venturing into any hint embedded in our title of politics North of Hadrian’s Wall, some choice words from an industry veteran, the management of the eponymous trust, caught our eye.

Edinburgh Eye
"There’s not much evidence that capital market ideology will take much notice of the crass failings of its prescriptions. Managers and consultants will continue to talk to themselves of tracking errors and Sharpe ratios as risk controls (the reader is fortunate if they are unexposed to those terms) whilst their clients suffer. The curriculum of the ever more dominant Chartered Financial Analyst (CFA) will not change although its teachings bear little resemblance to market outcomes.

These comments are meant to convey meaning beyond irritation. The opportunity for us in the last decade has come about because stock markets do not learn. This is unusual. Normally investors, speculators and traders leap restlessly onto new paradigms however questionable their underpinnings. But that hasn’t happened despite, for example the clear evidence of the power of the internet, the increasing returns to scale it tends towards and the consequent deep competitive moat it offers. Instead of embracing exponential growth, investors and asset allocators have fled. Performance chasing has its own evils but replacing it with endless rebalancing towards ‘value’ strategies backed by a blind conviction that reversion to the mean has been an investment tragedy. It’s largely been prompted by misguided theorising. But the theory has been reinforced by the extraordinary grip that Warren Buffet has exercised over the investment world.”

They go on, after pummelling Mr. Buffet and bemoaning Silicon Valley’s decay (sic) into near irrelevance, enlivened only by the genius of Musk.

"The investment management industry is ill-equipped to deal with the behavioural and emotional challenges inherent in today’s capital markets. Our time frame and ownership structure help us to fight those dangers. We are besieged by news, data, opinion. The bulk of this information is of little significance but it implores you to rapid and usually futile action. This can be particularly damaging at times of stress. Academic research argues that most individuals dislike financial losses twice as much as they take pleasure in gains. We fear that for fund managers the relationship is close to tenfold. Internal and external pressures make the avoidance of loss dominant. This is damaging in a portfolio context. We need to be willing to accept loss if there is an equal or greater chance of (almost) unlimited gain.

We are very dubious about the value of routine information. We have little confidence in quarterly earnings and none in the view of investment banks. We try to screen out rather than incorporate their noise. In contrast we think that the world offers joyous opportunities to hear views, perspectives and visions that are barely noticed by the markets.”

Strong stuff. Although perhaps not as fearsome as it seems, they fight shy of taking on the bizarre and archaic legislation sourced from the American insurance industry that has been grafted on en masse, by idle Westminster legislators, into UK securities legislation. Hence all that risk aversion.

UK Share Market Legislation Template
The FCA can of course simply say it is only following orders. One day, hopefully, it will have the spine to query them.

All markets will be shaped and respond to the legislative framework that is imposed on them, if markets are misshapen, look at the weirdly mandated rules the CFA industry is adhering to, as much as its own inherent folly. Enacted at the same time as some other nonsense (like laws to promote diesel engine cars) it is weird that dud financial sector legislation persists, as it ruthlessly destroys our investing environment.

Buffett of course now has egg on his face over airline stocks, where he bailed out of big positions in a panic at seemingly poor prices, itself a rookie error. Indeed, he exhibited little of the basic professionalism of adding to positions at the lows; others had to make the running instead, the baton it seems is truly passing.

Preference for the Unquoted Sector
Nor is Scottish Mortgage itself so bombproof, the ideologues of change deride traditional public company ownership structures and seek ones that are rigged against investors, who they see as sucking out dividends, to the detriment of innovation and investment.

But that drives them ever deeper into unquoted markets, and they are also rightly sensitive to comparisons with another fashionable fund management house that built up big illiquid stakes. Looking at their allocation of new capital, we can see that little of it now goes to quoted markets, indeed their quoted holdings proudly show a heavy bias to stocks first owned in the unquoted world. The familiar alphabet soup of private equity stock classes and rights is opaque and although disclosure (by industry standards) is excellent, it is broad not deep.

Many unquoted ingredients (if not the recipe itself) can be had elsewhere (such as in Pantheon International) a mere £1 billion pound trust still selling at a 24% discount to net asset value. Which also implies, as Scottish Mortgage ploughs deeper into unquoted stocks, (it is seeking consent to raise the level to 30%) it should logically then start to open that unquoted discount up on itself.

Although frankly unquoted valuations are anyone’s guess just now, will be all year, until audits start to expose which hulls are sound, and which got fractured on the rocks, as the tide melted abruptly away. After the tsunami they will all still float, but for how long?  We will all be taking a view, given timely access to the raw data.

What too of the home turf for this far sighted manager? Well the UK had a puny 3% representation in March 2019, and in the ensuing year that fell through sales and poor performance to 1%. In other words, zip.

At a time when we seem indifferent to capital flight, when the zeitgeist bemoans a lack of self-sufficiency, you do wonder at what point the crippling failure of UK public markets and investments to generate wealth, and allocate capital, will finally be spotted by the mandarins in London, and they will take heed of their utter failure to regulate a financial system incapable of fulfilling its most basic functions. When will they stop loading it with regulations and asinine virtue signalling that leave the nation defenceless and dependent?

Our brightest and best are it seems desperate to send their funds to the four corners of the globe, to the welcoming arms of tyrants and despots, rather than take their chance with a capricious and inept UK government.

Looking at Performance at Scottish Mortgage
But what has happened to performance for Scottish Mortgage? Well in the last decade the fund has quadrupled in size, it sits at a market capitalisation of over £10 billion and has fairly steadily traded at a modest premium to net assets. I guess on that record, James Anderson has earned the right to be forthright.

My thanks to Baillie Gifford for their consent to using the above selective quotations from the 2020 Scottish Mortgage Investment Trust PLC Report and Accounts, and studious editorial indifference to our musings.

The quotations are theirs; the commentary and implications ours alone.
< back