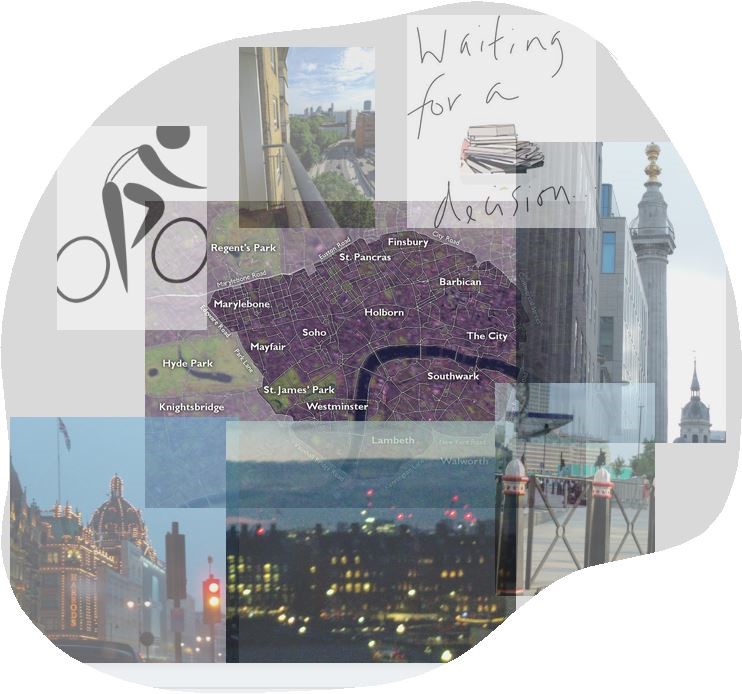 I received a surprise e-mail from Sadiq Khan, Mayor of London this week, which both amused me and also gave some interesting hints about UK fiscal policy going forward. As one of the great puzzles just now, is how on earth will they pay for all this, and the implications for investments and investors.
Property tax, rents, and housing in London - the existing structure
The changes, which are already agreed, amount to a much-needed fiscal restructuring – and it has brought old political enemies to the same end (in public at least), under the common ground of fighting a virus.

The London (and I suspect a few other similar cities) problem, is that it has been built on concentrating as many people as possible into a "Golden Mile” (or two) in order to maximise business property tax income, while trying to disperse the resulting public service expenditure, a long way from the wealthy tax creating commercial base.

The method is familiar: you provide an ever-wider network of subsidised travel to fling the occupants of the lucrative offices as far away as practicable. There is no merit in high earners occupying the closer in areas, they demand decent services, central government scoops up all the income tax receipts anyway and then, bizarrely, has also stopped any local residential property tax increases for almost half a century.

So, the per capita property tax income from residents of London has been almost frozen (in real terms) since the late 1970’s, despite sky rocketing house prices. Typically, this is done in the forlorn hope that grateful residents will then vote for the government, something they have since declined to do in ever greater numbers. Low property taxes just let grateful landlords charge higher rents, particularly in a system of heavily restricted borrowing to low or insecure wage households. It also incentivises overcrowding by local authorities; if you can’t charge more, you must get more consumers, a principle which applies to housing tax income, just like anything else.

The COVID-19 fiscal impact on existing population and rating structures
So, all of that has been ticking over: low residential property tax, cheap travel, cheap public sector housing, poor and remarkably expensive public services, but the parts all interlock in an oddly stable way. Then along comes COVID-19. Or rather along comes an order from central government to freeze all economic activity. Which in general does not matter, blowing up income tax and corporation tax receipts, is of no real concern to Mr. Khan.

But that is the interesting bit, it is a game of prisoners’ dilemma, and suddenly the power has been shifted. It is now in the interests of both the political prisoners to conspire, not against each other, but against the voters, helped by the convenient and illogically lengthy autocratic postponement of local elections. What both Mr. Khan and his sworn enemy and predecessor, Boris Johnson should have done, in terms of fessing up, can now be done quickly, cleanly, mercilessly, without blame, and under a viral screen.

You see the cheap tube fares bit had somehow also become politically essential. Plus, for reasons that remain murky, the big underground expansion project Crossrail, which was about to open under Boris, but never quite made it, is now costing a fortune while (still) sitting idle.

Why a low fares policy designed to cram people onto an already overcrowded network "made sense” always eluded me, but there it was.

The result of the lockdown is Transport for London, the funding authority, which was already struggling and needed subsidies from the rest of the nation, is now suddenly running out of cash, because ticket sales have collapsed. Now the old playbook would have been emergency loans or an explicit central government takeover. But no, interestingly not this time. Instead sensible revenue raising measures were implemented, and oddly pretty well all of them at once.

Did they raise fares steeply? Well no, that would mean encouraging fewer people to snuggle into their neighbour’s fetid armpit, while being poked in the back of the knee by an oversized piece of luggage, while breathing air that remained locked in the filthy deep tunnels for weeks at a time.

Creating Congestion Income
No, instead the "rescue” launched an overdue (but at this point a bit illogical) attack on car drivers. But what struck me was how fiscally rational it was. The problem with the congestion charge and, well congestion, was it has had a minimal long-term impact.

Indeed, the effective ending of diesel car production, the rise of electric cars and in between massive increases in fuel efficiency, plus turning over most traffic chokepoints to cycle use, had done a lot of the work already; these current changes are frankly unlikely to have much impact on pollution.

No, they had two clear targets, firstly to drive more traffic onto the insolvent tube (and bus) network, regardless of those systems’ health risks. A startlingly hard-headed approach. The second aim was fiscal, as with all taxes: far too many people have ended up not paying the full whack.

And that is the really interesting part.

Slightly worryingly major congestion charging loopholes will still remain. One is for taxis (still open), although Ubers did get hit by Khan a year ago, in another highly political step. So that exemption was partially closed. The other is for Diplomatic Plates, I guess the Foreign Office backed them off that step, because Trump (£12m and rising) and other foreign states (over £100m) are just too poor to cough up.

But the rest got slammed shut with zeal, gone is the residents’ discount, which gave local voters a major reduction. Gone is the discount for registering and paying automatically, a rather smaller discount, but they are all being chopped at once. Gone too is the weekend exemption, a naked demonstration that this is all about money, not pollution.

Gone too is any chance of waiting till the charge ends, it now goes on to 10.00 at night from an admittedly too early 6.00. While the daily rate shoots up to £15, for the majority of autopay users, almost a 50% rise.

Now all of that is of course "temporary” and covered in oodles of greenwash, but as a fiscal coup it is refreshingly complete. Of course, the daily rate should already be twice that by now, it should cover a wider area, commercial users driving high daily mileages in the zone, should pay a ton more and please don’t start me on tour buses. But it is a good start.

The commercial vehicle issue is instead being tackled by "non-tariff” barriers squarely aimed at Eastern European hauliers, a classic protectionist device, deployed by a Remainer. But that’s another story.

What else got whipped in under COVID cover?
Oh, free child (under 16) travel on the Tube is now scrapped, as is peak hour use of the over 60 free fare schemes. Two groups of people politicians have had an arms race to favour above all others. Gone in a flash. As for fares, well those do rise, but by the amusing (but totemic) amount of 1% over inflation, so that fundamental nonsense remains. Do you think Crossrail costs know about negligible inflation, do they ever? At least when Crossrail finally opens, it will be easier to get to Heathrow, as if that is going to matter anytime soon.

The point is it is not just China that will use the COVID excuse to rationalise awkward things and old concessions. If this lot gets through, that unfair London Council Tax freeze will probably go too. The abolition of retail business rates for a full year, enacted much earlier in the virus crisis, signalled a radical overhaul of property tax. You do not disable all existing systems for a year, to tackle a four-month emergency. You do so if you intend to replace them entirely.

Straws in the wind.
There has been a lot of frankly counterproductive kite flying on raising income tax to pay for the virus, which in going directly against a freshly minted "Read my lips, no new taxes” pledge seems (still) to be political suicide. If demand is on the floor, scare stories to dampen it further, seem unwise.

But it is also not hard to list the go to tax targets now, TfL has shown how aggressive the fiscal repression will be, and we anticipate that it will be designed to attack known loopholes in a concerted fashion: pensions, self-employment, capital gains, council tax, duty free, and many squalid little, over complicated, tax exemptions, are all now likely targets, and done in a classic "broad front” offensive. Hit everything at once, hit it early in a political term, to maximise impact as they can’t all be defended.

The traditional "your bribe is bigger than my bribe” and baubles for marginal Parliamentary seats are all going to get hit hard, if the letter to me from Khan, is anything to go by.

Sadly, that will not be enough, but it gets a lot of the dirty fiscal work done, and it may buy a bit of time with markets too. A bit of normality from the Treasury would help sterling.

But the mix of BREXIT and an irresponsible Chancellor destroying the economy in a panic and a weak willed Prime Minister unable to face restarting the economy, for fear of a media attack, still suggests we will be like Greece is today, in five years’ time: an efficient, if slightly demoralised, depopulated populous, teeth gritted, endlessly digging their foolish leaders out of a self-created, self-indulgent debt chasm.

But you have to start somewhere, so thank you Mr Khan, for at least acquiescing.
< back